A UNIQUE SERIES OF MEETINGS WITH THE SPEAKERS OF AEF 2018

NAZARBAYEV UNIVERSITY STUDENTS AND EMPLOYEES HAVE VISITED VETERANS OF THE WAR AND WORKERS OF THE REAR.

NAZARBAYEV UNIVERSITY, TOGETHER WITH KAZGUU, HELD A CONFERENCE ON ACADEMIC INTEGRITY 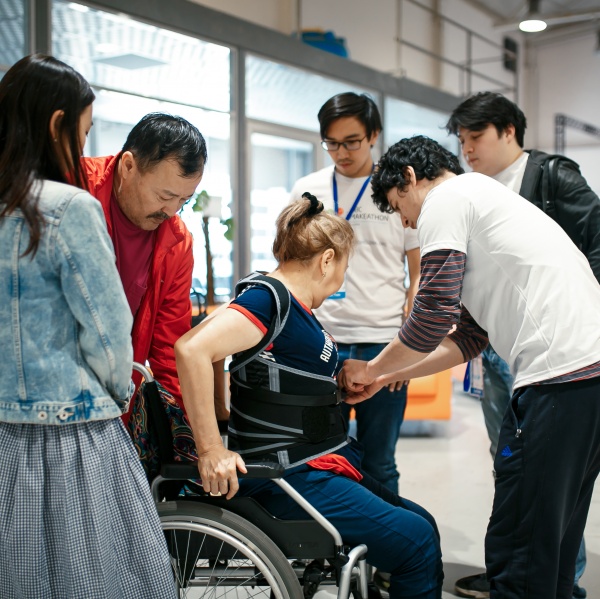 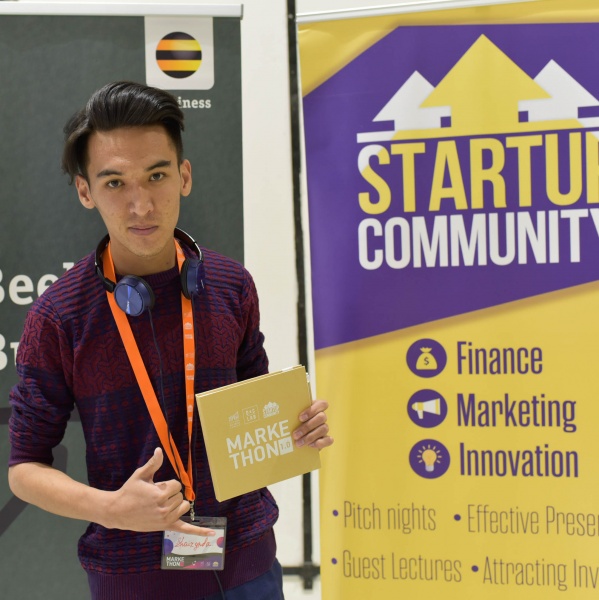 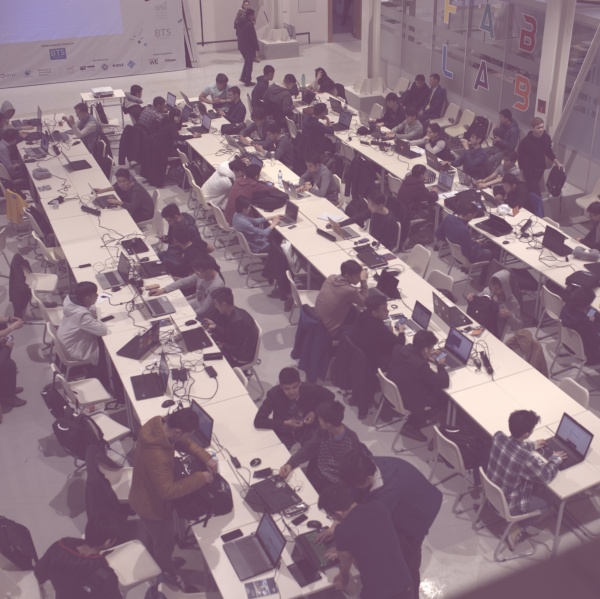 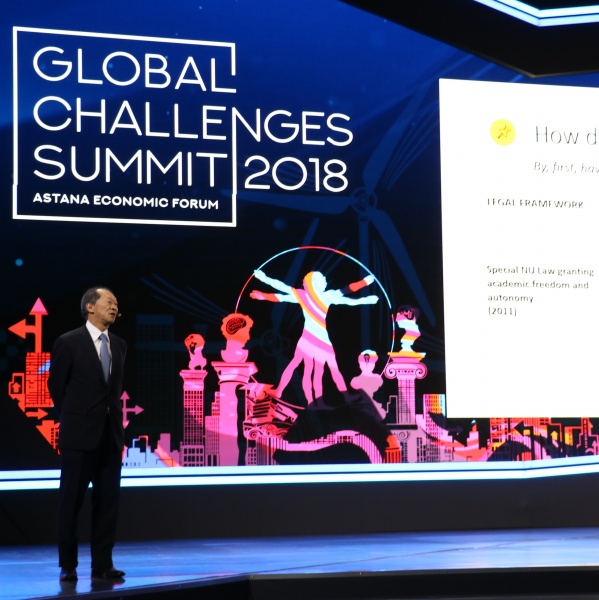 A unique series of meetings with the speakers of AEF 2018 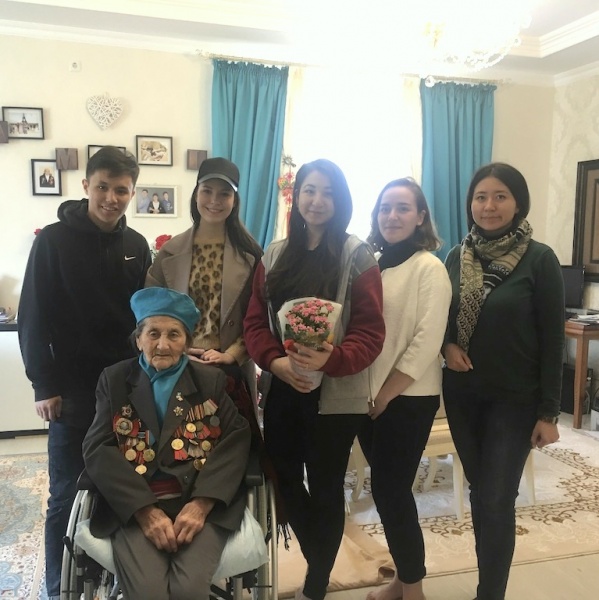 Nazarbayev University students and employees have visited veterans of the War and workers of the rear.

NAZARBAYEV UNIVERSITY, TOGETHER WITH KAZGUU, HELD A CONFERENCE ON ACADEMIC INTEGRITY 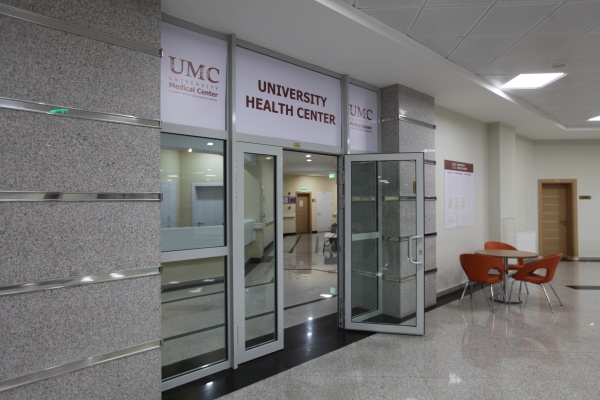 On May 10-13, the Technopark of the Nazarbayev University held "TOM Kazakhstan: ABC Makeathon", a 72-hour makeathon. 5 teams continuously worked on the prototypes that solve the real social and everyday problems of people with disabilities.

Makeathon started at 12:00 on the 10th of May. During 72 hours the teams were working without leaving the Technopark - they welded, poured and programmed all day and all night. Participants had an access to the equipment of the Prototyping center and the Fabrication Laboratory - a laboratory with the most advanced equipment for digital production.

The ideas of the projects were presented during the first stage of the makeathon pre-Tom on April 14th, where the teams had an opportunity to meet with need-knowers and discuss their problems and possible solutions. During a month's time all the necessary parts and tools were purchased. On May 13, the teams presented their prototypes to the jury. All of the designed prototypes are open source, and once the Makeathon is over they will be released, so that any person with similar needs can use them anywhere in the world.

- A special device (construction) for moving body in horizontal and vertical positions and restoring motor functions;

- Multifunctional walker on wheels, which provides support for the back and the musculoskeletal system;

- Exo glove for people with a diagnosis of paralysis of the fingers and new battery for a wheelchair;

- Exo-Glove for patients with cerebral palsy;

- Prototype of the electric console for a wheelchair.

They have presented the most elaborate prototype, which gives more possibilities to people confined to bed and facilitates the lives of those who care for them.

On May 8-9, 2018 for the first time in Kazakhstan there was held an event Markethon 1.0 at the Technopark of Nazarbayev University. Markethon is 24-hour digital marketing competition for marketers, designers, illustrators and creative people.

- UI/UX design for the Meloman and Marwin stores;

Participants competed for valuable prizes, including GoPro Action Camera, Apple MacBook Pro, unlimited pass to the Cross Fit Astana, and internship in Nommi and much more. The total prize fund is KZT 3.5 million.

Hackathon is a fundamental pad for young developers. Winners received valuable prizes and signed the contracts to continue work on their projects after the hackathon. Some of the participants got offer to the paid internship and job offer. The prize fund was more than 1 million tenge.

A little bit of statistics:

102 of them were students of Nazarbayev University.

TASKS OF THE PARTNERS:

- CENTER FOR ANALYSIS AND INVESTIGATION OF CYBER-ATTACKS:

Task: To make a device on Arduino that will lock and unlock the computer

Task number 1: To develop a concept and create a prototype of the chat-bot for students

Task number 2: To develop a concept and create a prototype of the application for family events in Kazakhstan

Task: To create a service which can recognize and visually differentiate people in protective helmets and without on the image.

Task: To create a product with a free conceptual designation.

Prize: A trip to Sbergile Moscow

Task: To develop the service which can recognize the brand and color of cars.

Task: To develop the software for the vehicle security information system

Task: To develop the service to get the information in a graphical format (JPG) when a fire appears on the map.

Prize: Paid internship with the possibility of further employment.

A UNIQUE SERIES OF MEETINGS WITH THE SPEAKERS OF AEF 2018

On 17 and 18 of May, 2018, within the framework of Astana Economic Forum “Global Challenges Summit 2018” (AEF), Nazarbayev University hosted a series of meetings with key speakers from the AEF event. Students, teachers, and staff had an opportunity to attend 16 public lectures given by well-known experts and entrepreneurs: the founder of Shazam - Chris Barton, the famous film director - Krzysztof Zanussi, the gerontologist and mathematician - Aubrey de Gray, and many others.

Representatives of Nazarbayev University participated in the main AEF event at the EXPO Congress Center and Hilton Astana as speakers and moderators. The expert opinions of professors, and the President of NU, in economics, robotics, biomedicine, and technology is an important contribution to the successful development of the country, and the establishment of Astana as an international center of innovation and knowledge.

In particular, during the first day of the forum, the President of NU, Mr. Shigeo Katsu, acted as a keynote speaker in the “Understanding Kazakhstan. Presentation of key projects” panel session, where he talked about the history of Nazarbayev University. Dr. Massimo Pignatelli, Vice President of Medicine and the Dean of the School of Medicine, was one of the speakers during the same panel session, and talked on the subject of "How will artificial intelligence replace doctors?"

On the second day of the forum, Nazarbayev University School of Science and Technology professors Michael Lewis and Atakan Varol played active roles as a moderator and as a speaker in the panel session "Mind uploading and Artificial Intelligence. Ethical and political aspects of new regulations ", and the discussion “Creativity vs unemployment. What do humans do in the world of machines?”

It should be noted that during both days of the forum more than 200 students of Nazarbayev University, members of the NU Volunteers club, helped guests, speakers, participants in the plenary sessions with accreditation and navigation; and accompanied the main speakers: Michio Kaku, Andrew McAfee, Steve Wozniak, Chris Barton and many other major speakers of the forum.

Astana Economic Forum is an annual Eurasian business event. Over the past decade, more than 50,000 delegates from 150 countries around the world have attended, including 20 Nobel Prize winners and more than 30 prominent politicians. A wide variety of scientists, economists, journalists, politicians, world-renowned think tanks and business leaders have spoken at the Forum over the years. 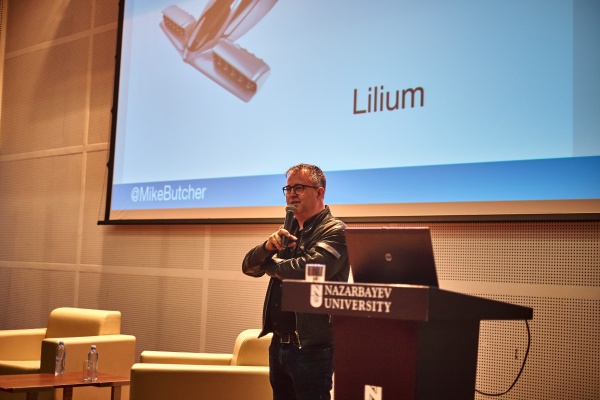 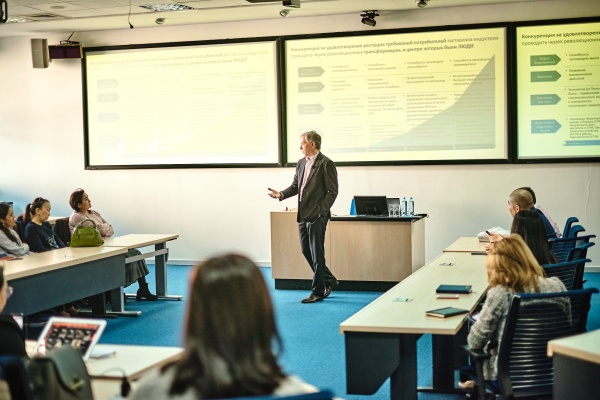 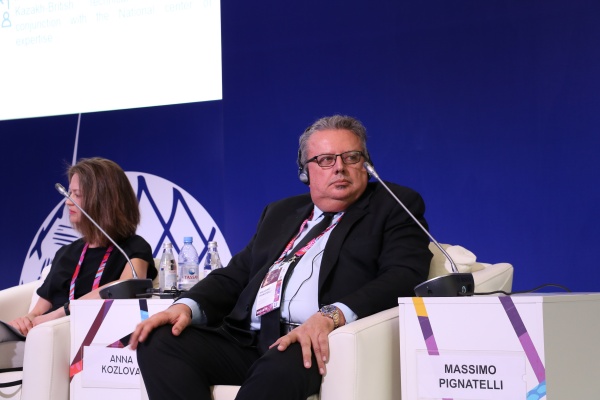 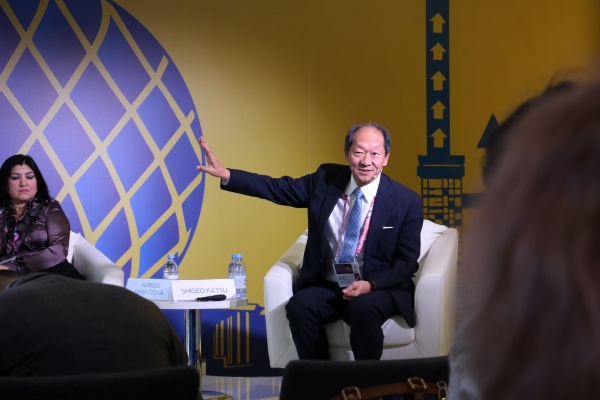 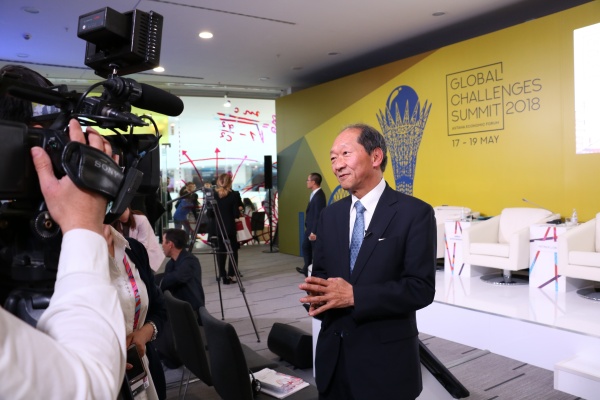 NAZARBAYEV UNIVERSITY STUDENTS AND EMPLOYEES HAVE VISITED VETERANS OF THE WAR AND WORKERS OF THE REAR.

For the day of the Great Victory in the Great Patriotic War on May 12-13 Nazarbayev University students and employees held a charity event. They have visited veterans of the War and workers of the rear.

On May 12, 6 veterans, living in the Esil district, welcomed activists who gave them small presents. During the same and the next days, these guys also visited 15 of those who struggled on the home front and provided them with necessary foodstuffs.

In addition to students and employees, we would also like to thank Maulen Akhmetov, the founder of Künde café, for his assistance in organizing this event. 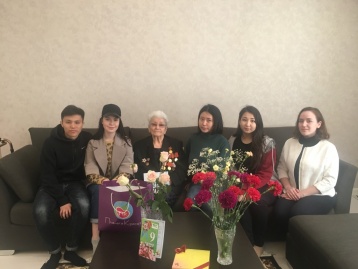 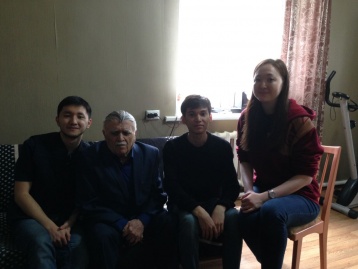 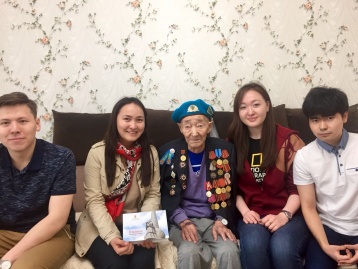 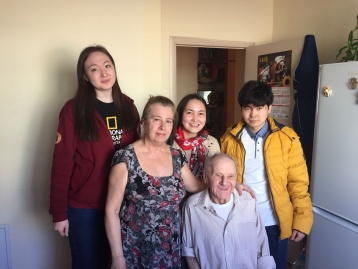 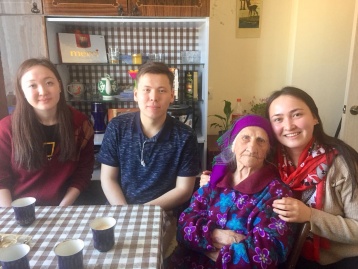 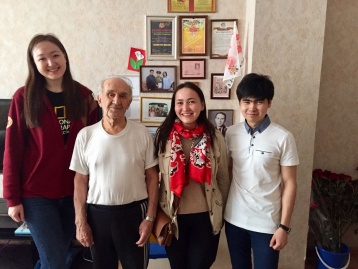 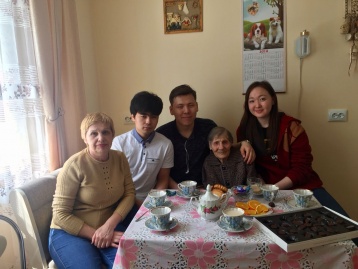 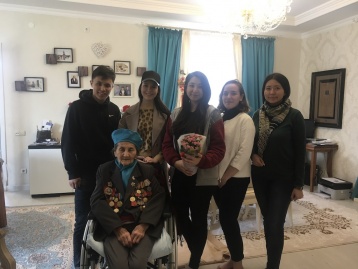 Nazarbayev University, together with KazGUU, held a conference on Academic Integrity

On May18-19, 2018, the “III Annual Conference on Academic Integrity and Internationalization”, organized by Nazarbayev University and the KAZGUU Higher School of Economics named after M. Narikbaev (and with the support of the Foundation of the First President of the Republic of Kazakhstan – Elbasy), took place in Astana.

The purpose of the conference was to create a platform to share best practices, raise issues, and promote and discuss recent developments in theoretical and empirical research on academic integrity.

Scientists from Kazakhstan, Greece, Australia, the Russian Federation, the United States and many other countries; young researchers, practitioners, undergraduates and graduates of Kazakhstani, and international universities participated in the conference.

International student mobility, the proliferation of cross-border and transnational education programs, and competition among national and regional scientific research activities have led to the expansion and liberalization of the global higher education space. This global higher education space is also being transformed by emerging technologies. Internationalization, and technological transformations both enable and endanger practices of academic integrity. Many important challenges arise from this dynamic context: sustaining shared values and practices of academic integrity across borders; ensuring continuity of high quality standards in transnational education; and using technologies to promote academic integrity (whilst avoiding abuse of technologies by students to breach rules of integrity) are some of them. These and many other important theoretical and practical problems in the field of academic integrity and internationalization were the focus of conference participants. In her opening speech, Loretta O’Donnell, Vice-Provost for Academic Affairs of Nazarbayev University, noted that today “Nazarbayev University is in the process of re-imagining internationalization in higher education, including the potential future role of international students. Implementation of continuous education means that questions of adherence to academic integrity become more actual than ever. In this connection, the universities committed to the principles of academic integrity are faced with the task of providing teachers and students with the tools to encourage conscientiousness in all their scientific endeavors and works. At the same time, students should act as allies in the common struggle for academic integrity”.

Foreign experts and opinion leaders exchanged their international experiences in promoting academic standards; shared their views on major trends in higher education in Kazakhstan; discussed the impact of technology on the development of academic integrity; emphasized the importance of ethics in research, and the importance of ensuring academic standards in transnational programs; as well as outlined the objectives of values ​​of academic integrity in the context of internationalization. 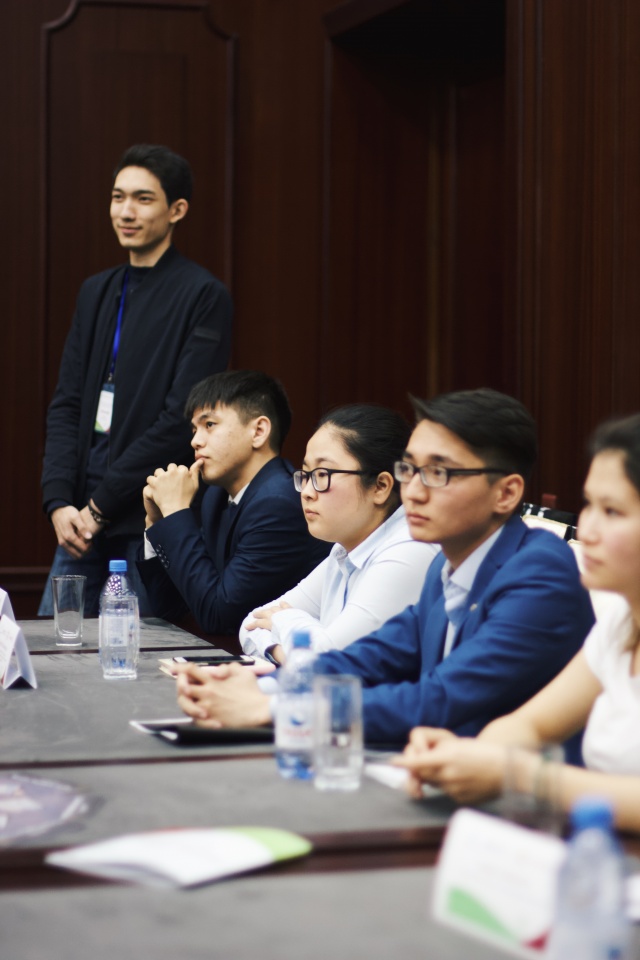 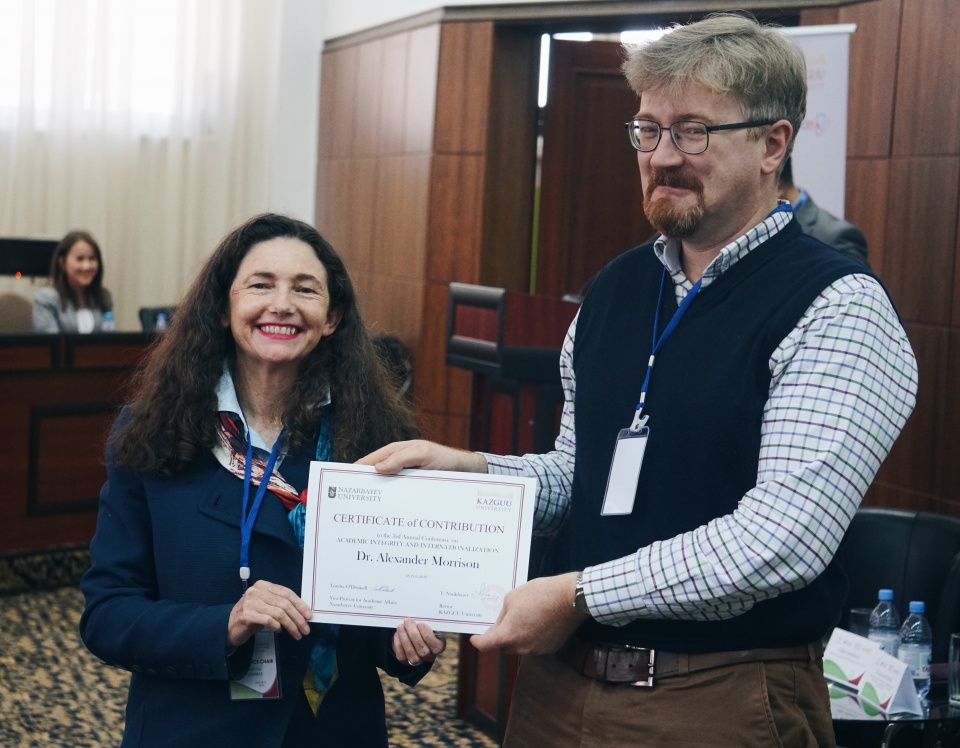 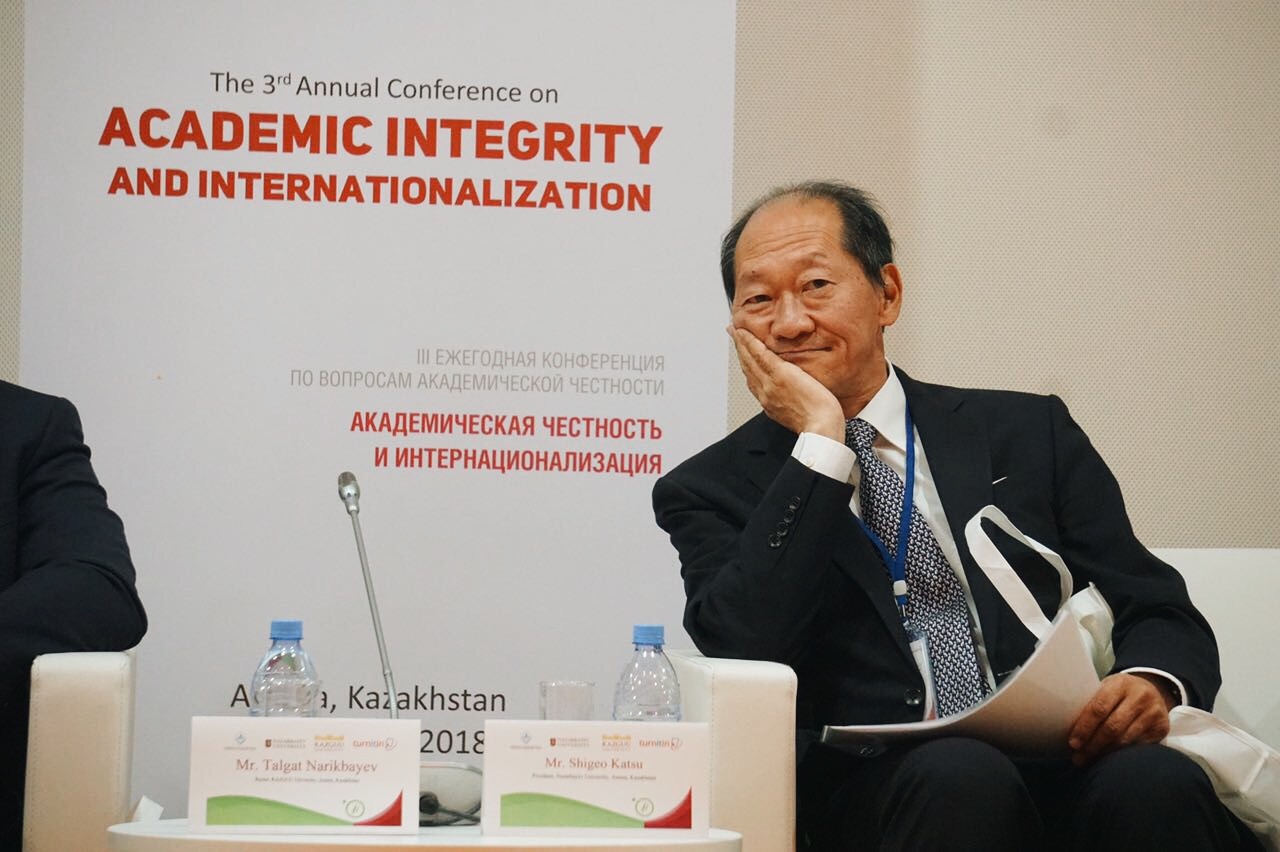 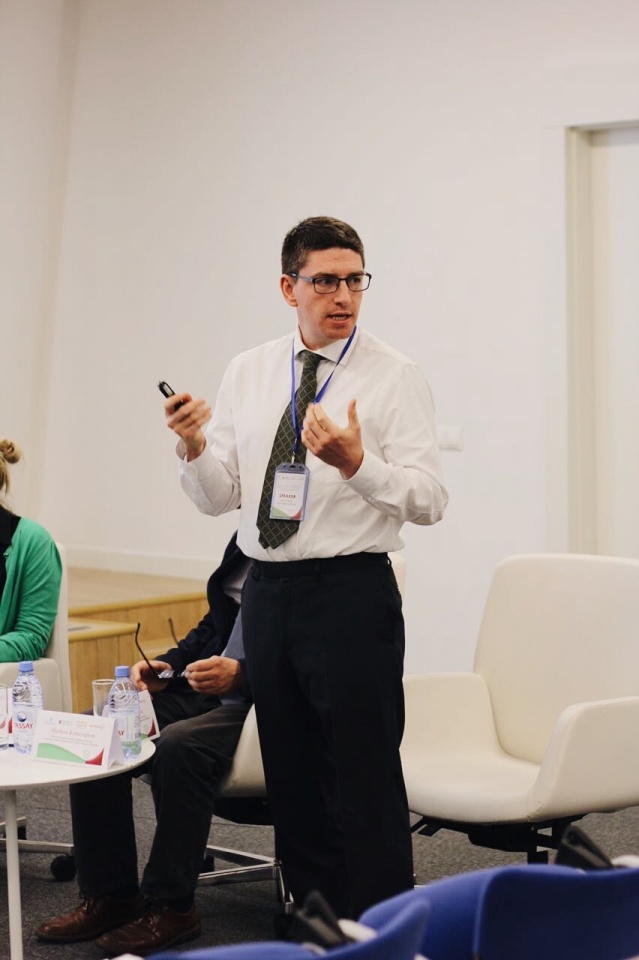 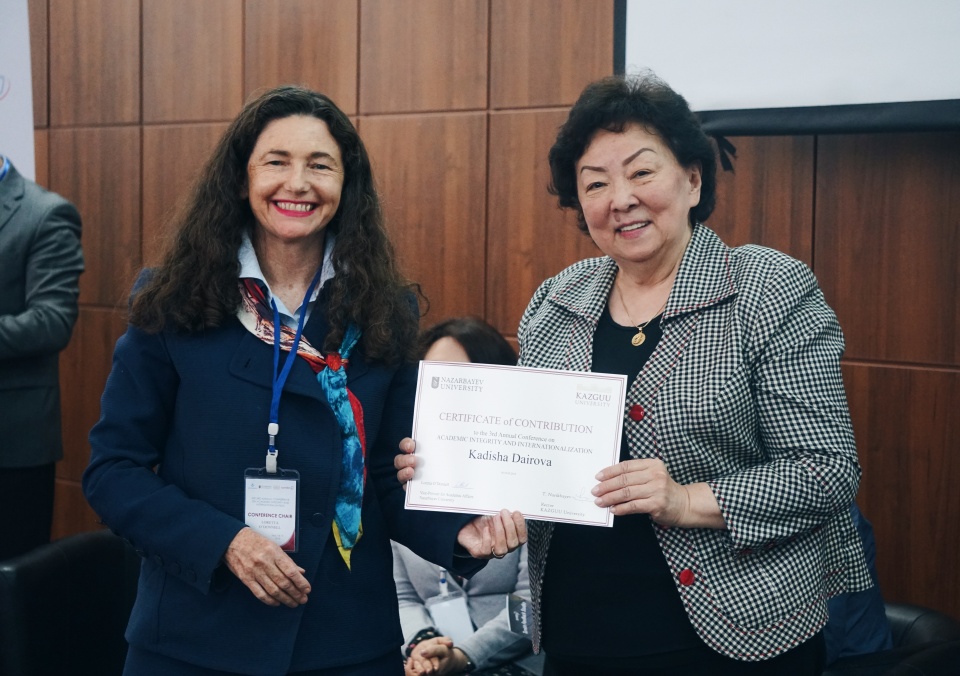 Health and Safety Department would like to update you on the following health services available at the University Health Center (UHC) on the NU campus:

PHC services are provided free of charge according to the Guaranteed Volume of Free Medical Care (GVFMC) and include the following:
- Diagnosis and treatment of most common diseases, as well as injuries, poisoning, and other urgent conditions;
- Protection of the family, maternity, paternity and childhood, including family planning;
- Provision with medications and medical supplies as per the GVFMC;
- Preventive measures and risk factor identification;
- Health screening for early detection of diseases;
- Raising awareness among the population on the most common pathologic conditions and healthy life style promotion;
- Vaccination against common infection diseases;
- Hygienic training and outreach work on safe water supply and rational nutrition of the population;
- Sanitary and anti-epidemic and sanitary-preventive measures in the foci of infectious diseases;
- Social and psychological services.

Moreover, the NU students traveling abroad for their studies may access UHC to complete the health forms with details of their vaccination and other health related information. The examinations requested by a hosting university which are not provided as per GVFMC shall be paid additionally.

Services provided by the VHI programs include consultations with coordinators and/or physicians of the insurance companies. Currently, there are representatives of the following companies who work as follows with exception of holidays: 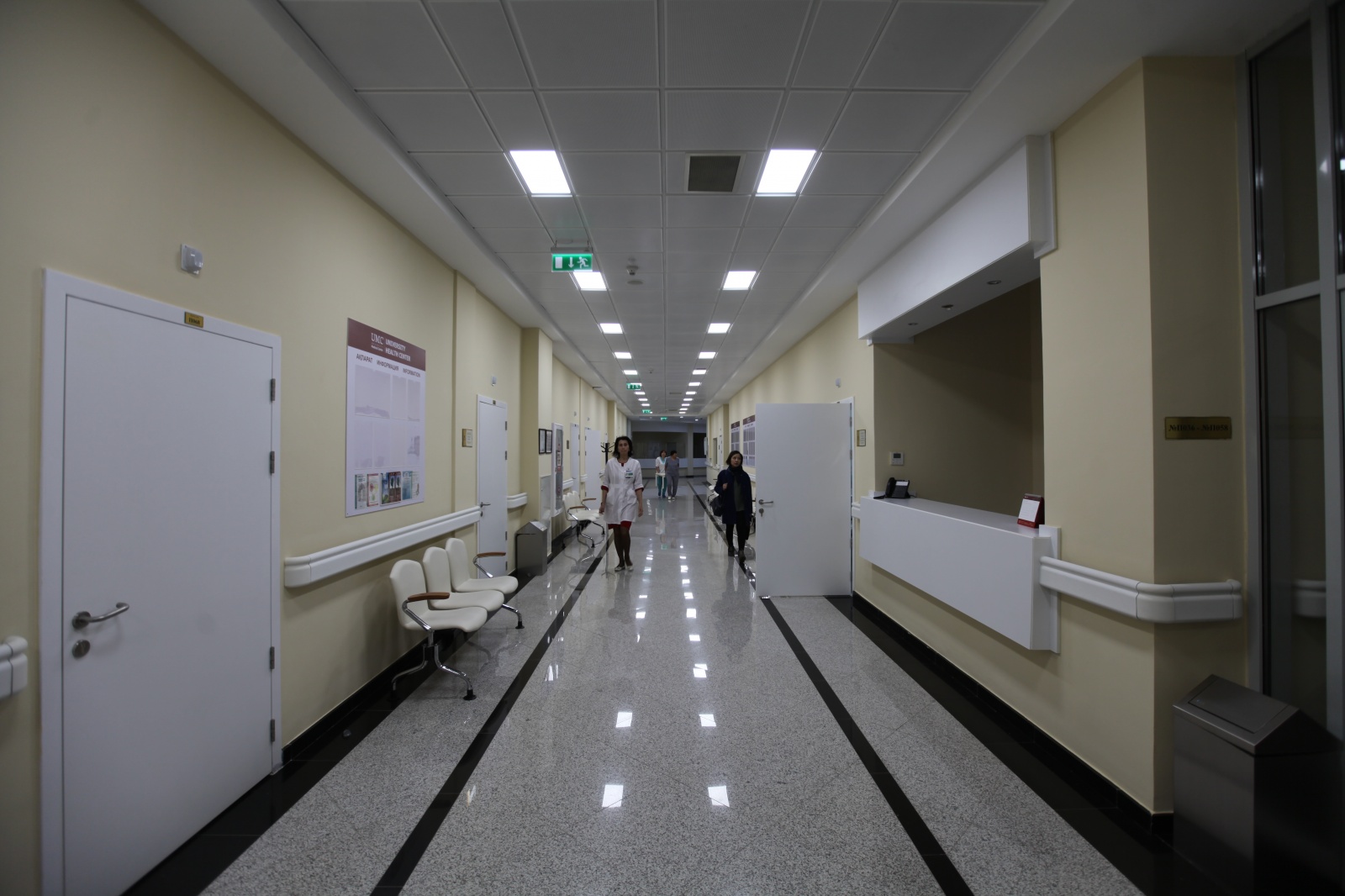 As of May 2018, the following health services are available at the UHC:

Additionally, UHC is in the process of arranging for the NU students and employees the mandatory medical check-ups to minimize the time required for this process.

UHC is located on the ground floor of Block 24-25 (Student Dormitory). You can access UHC by walking through (1) the skywalk to Blocks 22-25 from Atrium and (2) the entrances to Blocks 22 and 24 from the outside (walking in from the Kabanbay-batyr Avenue side).

Please, send your queries, feedbacks and suggestions to uhc@nu.edu.kz for further review and consideration.

We are happy to present the latest issue of the USM News Digest.

We hope that proposed regular newsline of relevant columns will keep you updated on USM life according to topics of your interest.

You can download USM News Digest via this link

© 2018 Department of Communications and Marketing