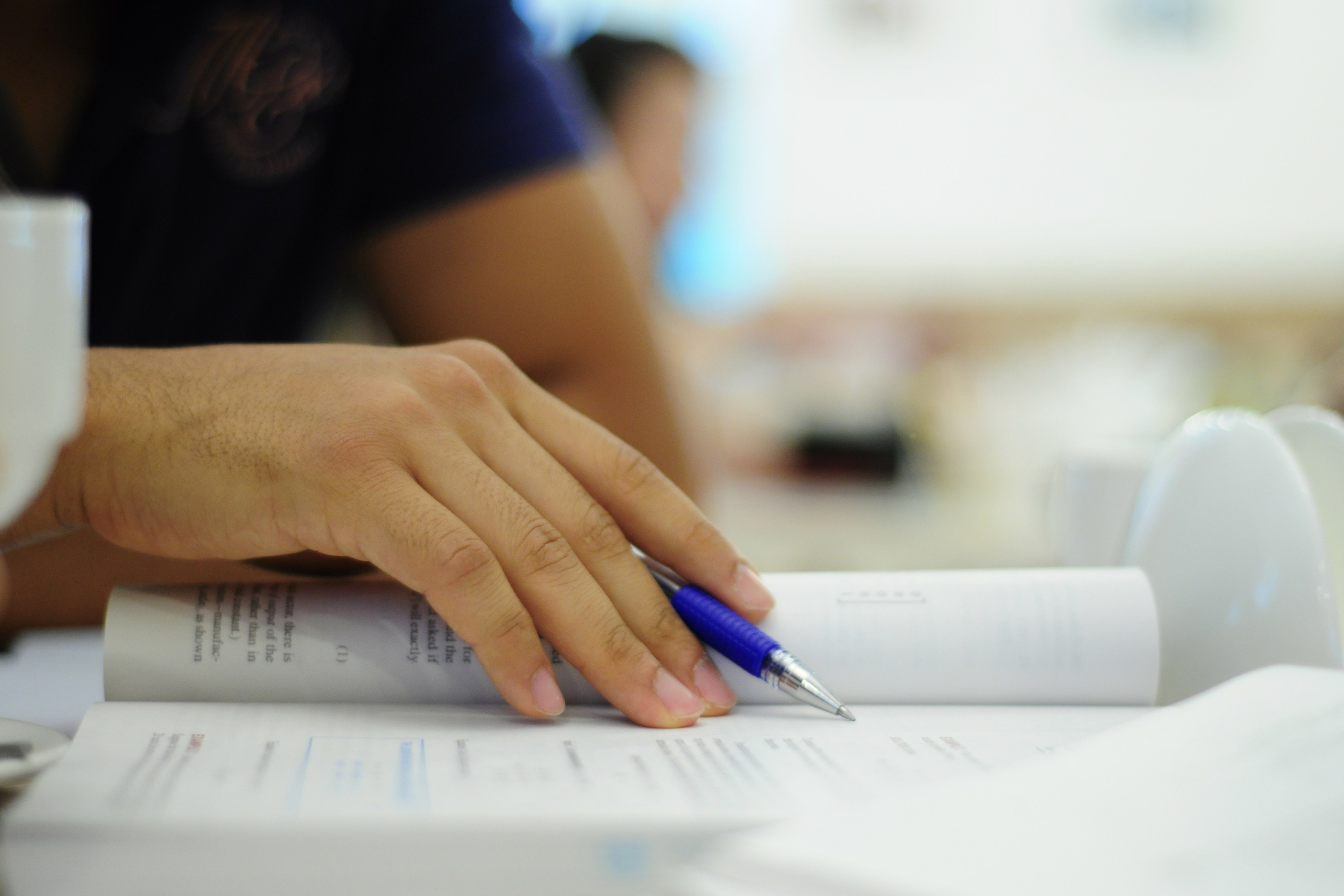 Everyone can take an international standardized test at Nazarbayev University 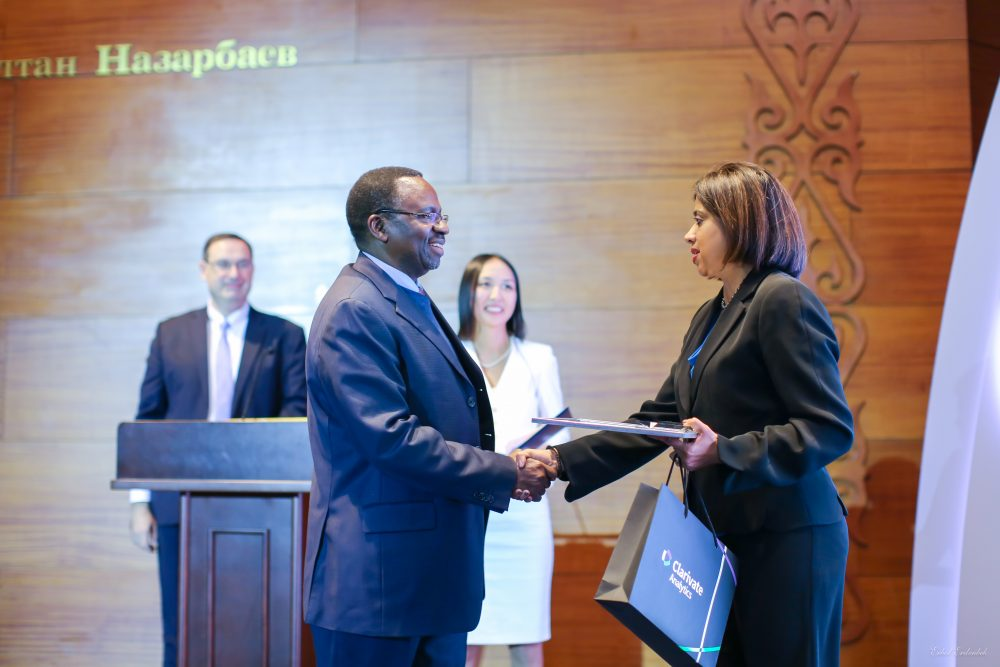 Nazarbayev University Hosted a Cybersport Tournament for the first time 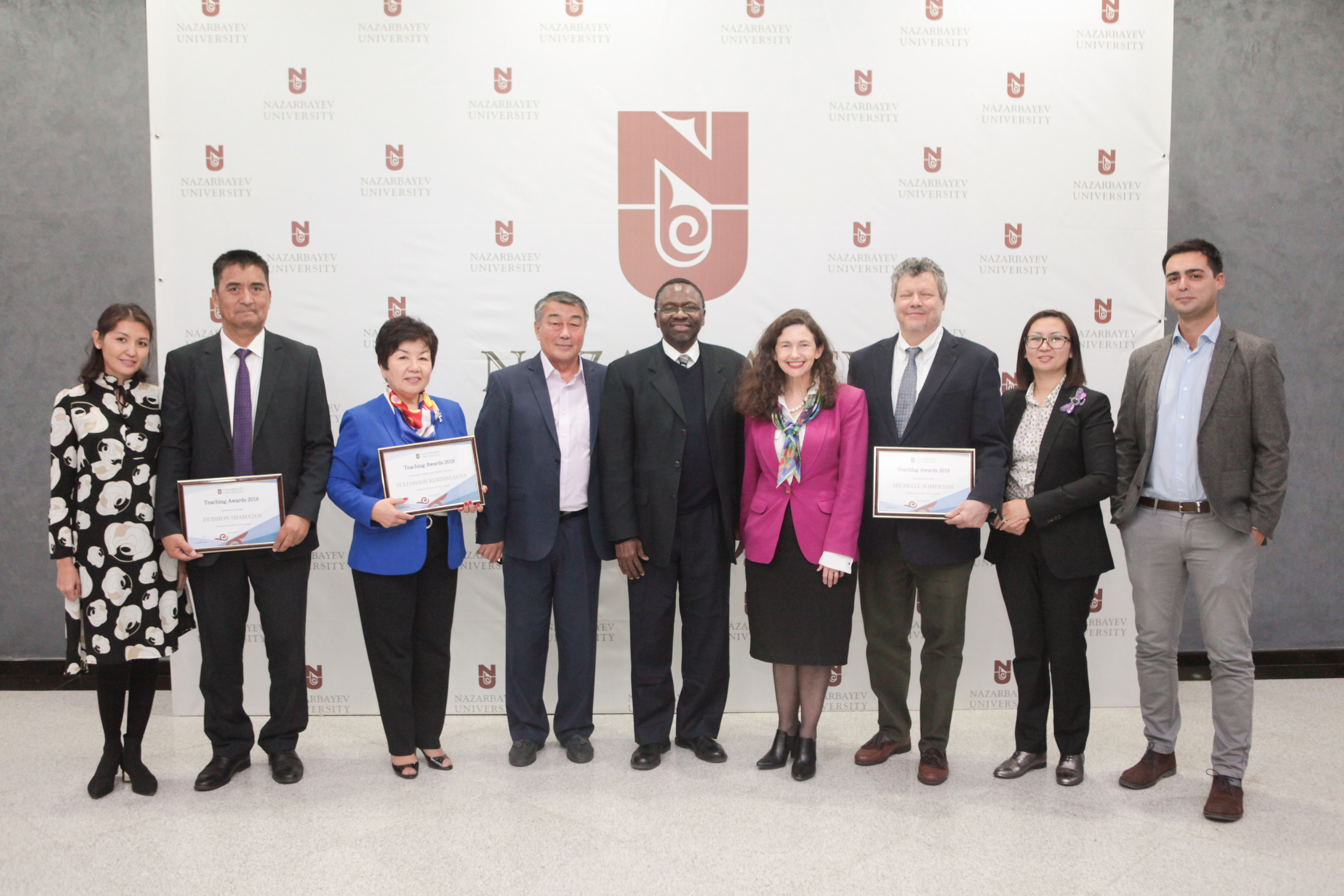 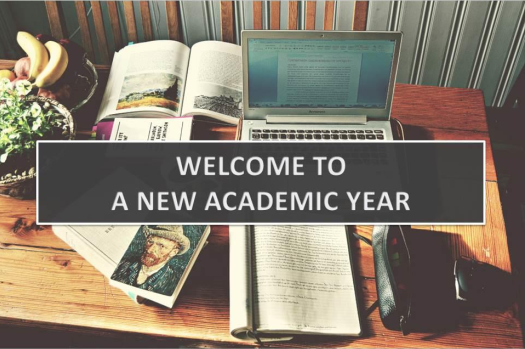 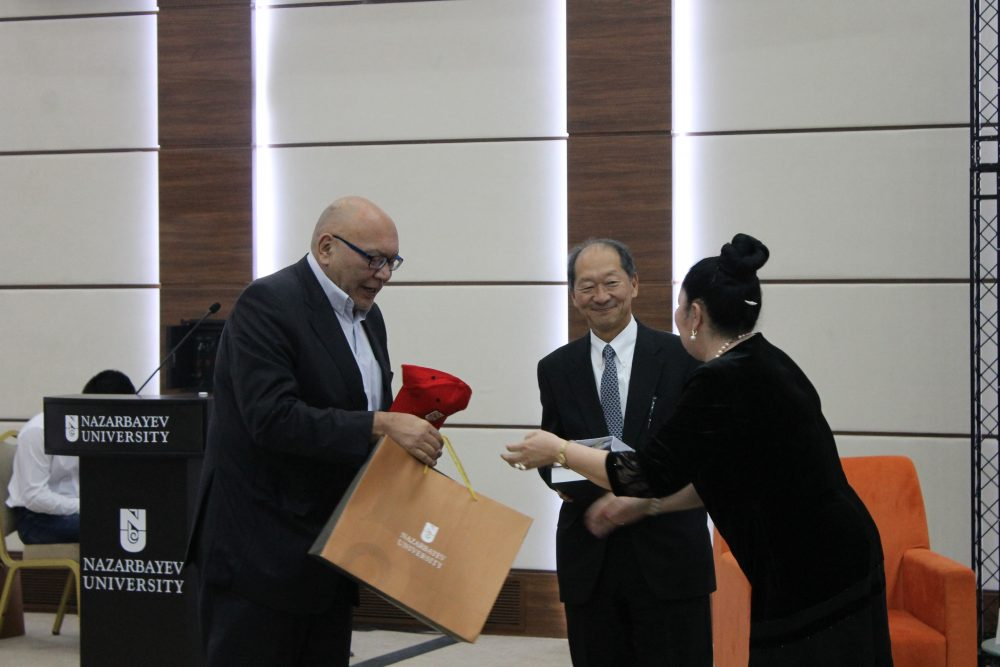 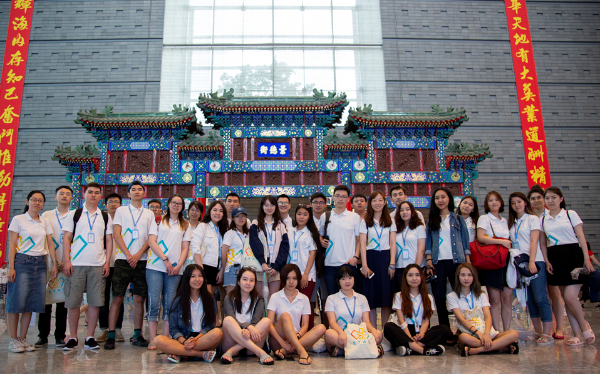 Everyone can take an international standardized test at Nazarbayev University

Soon the test center will administer international computer-based GMAT, GRE, and TOEFL, as well as IELTS in collaboration with the British Council in Kazakhstan.

The test center partners include ETS, ETS Global, College Board and Pearson VUE, which are global developers and administrators of international tests.

On September 20, 2018, Nazarbayev University received the independent Web of Science Award “Leader of Science” in the nomination "Leader in citation of scientific publications in Web of Science Core Collection for the last five years among universities of the Republic of Kazakhstan".

Every year Clarivate Analytics presents the Web of Science Awards “Leader of Science” to educational establishments, research institutions, scientific journals, and individual scholars, whose contribution to the development of higher education and scientific research is the most impactful and meaningful.

This award is often referred to as one of the most prestigious in global and regional academic communities and the number of awardees in any year never exceedes 500 worldwide.

Since 2011, these awards have been presented in Kazakhstan at the annual award ceremony, featuring well-known scientists and researchers as well as representatives of public authorities and mass media.

It should be noted that Nazarbayev University scholars conduct research in many fields, and seek to expand human knowledge through innovation, analysis, and collaboration. Within 8 years since its inception, Nazarbayev University has built a team of over 500 faculty and researchers to become a leading research university in Kazakhstan. 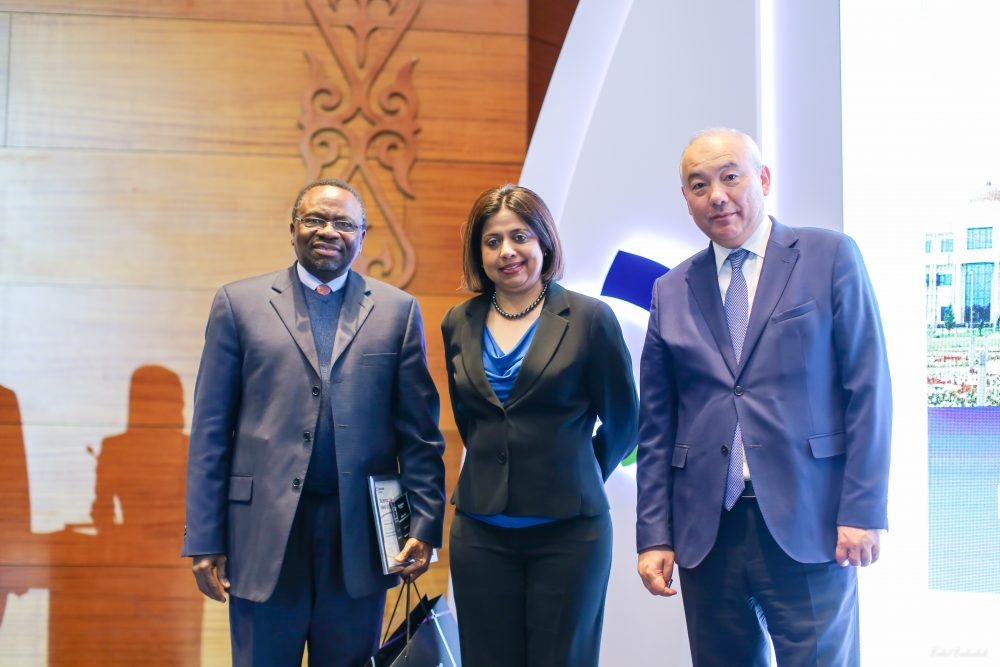 Nazarbayev University Hosted a Cybersport Tournament for the first time

On September 29, 2018, a major community outreach event of this autumn – the cybersport tournament Astana Atrium Games and Open House Day took place at Nazarbayev University. The event was supported by Astana city akimat.

“For our university, it is a new direction in the development of cybersport. We organize such kind of event for the first time, and we believe that it will become an annual tournament among all cyber-sportsmen of Kazakhstan”, – stated Kadisha Dairova, Nazarbayev University Vice-president of Student Affairs and International Cooperation.

Astana Atrium Games, a cybersport event, was presented as a large game zone, where everyone had a chance to play computer and console games. In addition, there were tournaments on Dota2, CS: GO, Hearthstone, FIFA and Mortal Combat. The choice of the mentioned games was obvious as youth are deeply interested in virtual battles. All the participants had a great opportunity to take part in competitions and get precious prizes from event partners.

“I did not expect that my interest in ESport will bring me back as an expert to my alma mater – Nazarbayev University. It is good that ESport is developing rapidly, and Nazarbayev University decided to contribute to this development,” the Executive Director of ESport Federation of Kazakhstan – Rustem Kushtayev pointed out.

Astana Atrium Games – a city-wide event, where geek-culture and ESport meet and overlap. For the first time, with the support from the akimat of Astana, the event was conducted at Nazarbayev University. It was sponsored by Technodom – a leading national network of shops, offering electrical appliances and computer equipment. Cyberroom Astana, Geekmarket, AG, HyperX, ESport Federation of Kazakhstan also became partners of the event. Additionally, it was supported by Hardee’s, ButerBro, HealthProject and Evrikum. 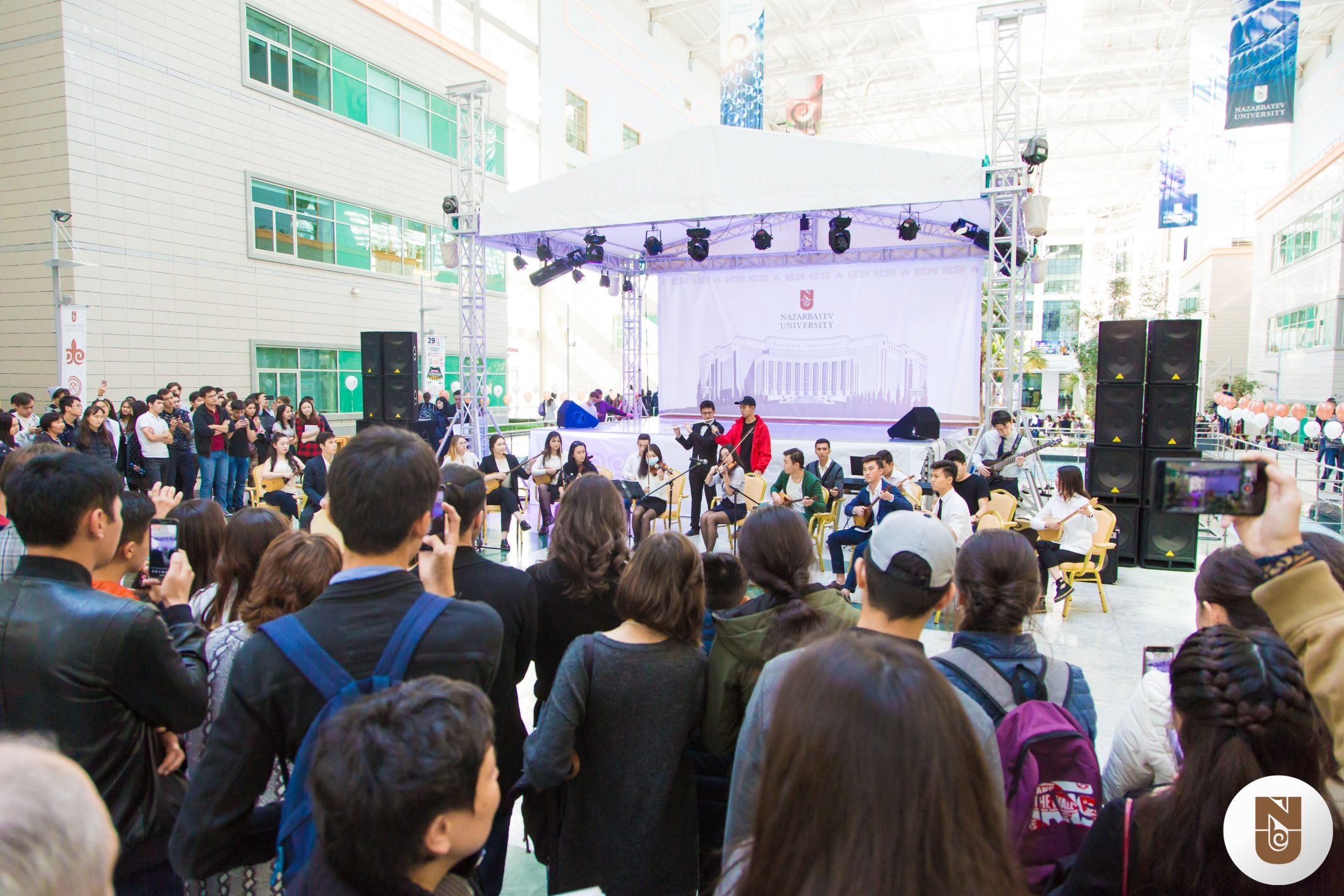 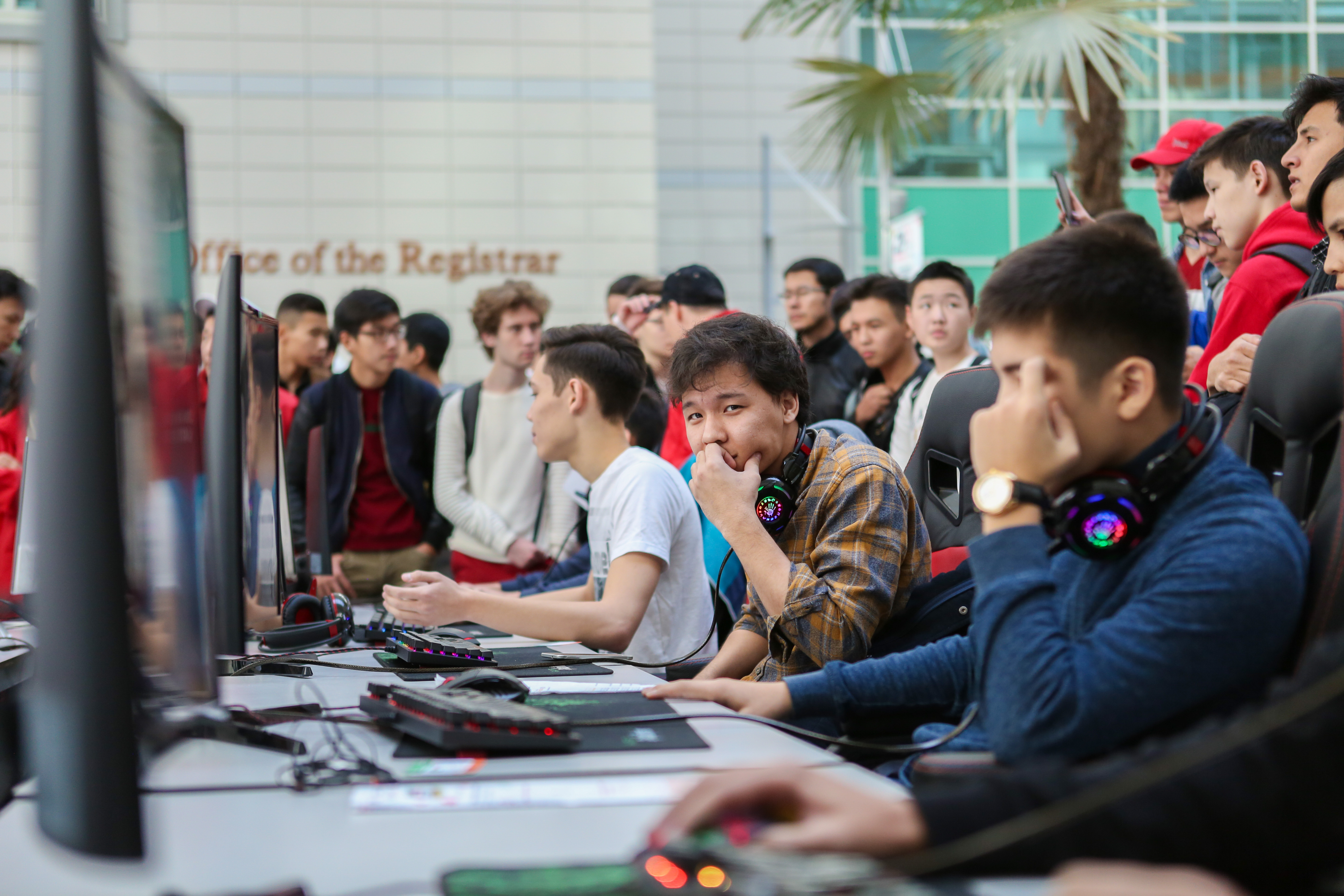 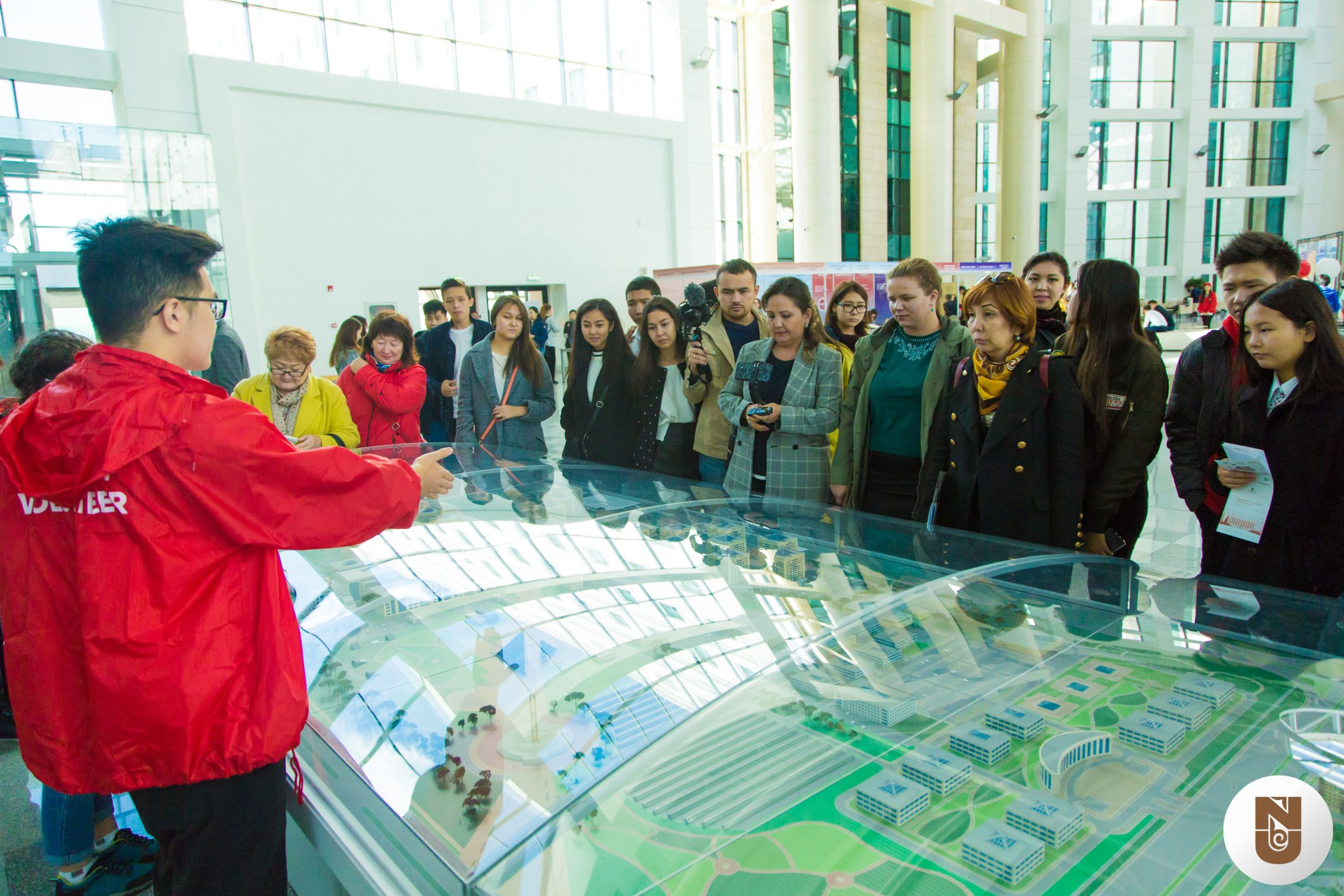 The 2nd ceremony of Teaching Awards across Nazarbayev University was held on 21 September 2018. The awards recognize outstanding teaching in the following nominations:

- the Kehinde Award for Academic Integrity,

The certificates are awarded to faculty, candidates are nominated by Schools within the University and judged by the NU Learning and Teaching Committee. This year the winners are:

The first ceremony of NU Teaching Awards was held on November, 22 2017.

Also, promoted faculty members were invited to be congratulated by the Provost, as well as members of Managing Council, Academic Council, Research Council, Faculty Senate and Learning and Teaching Committee. 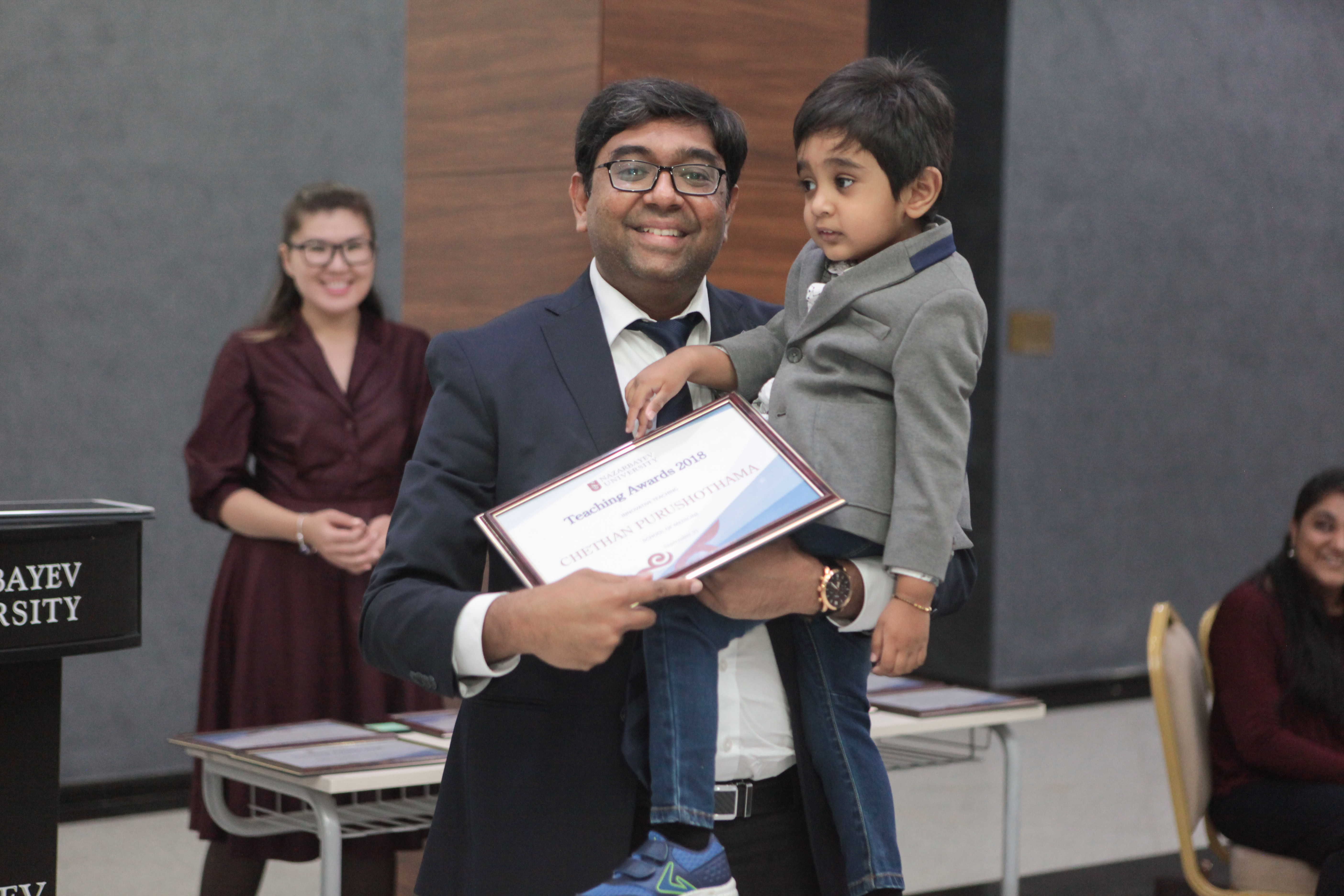 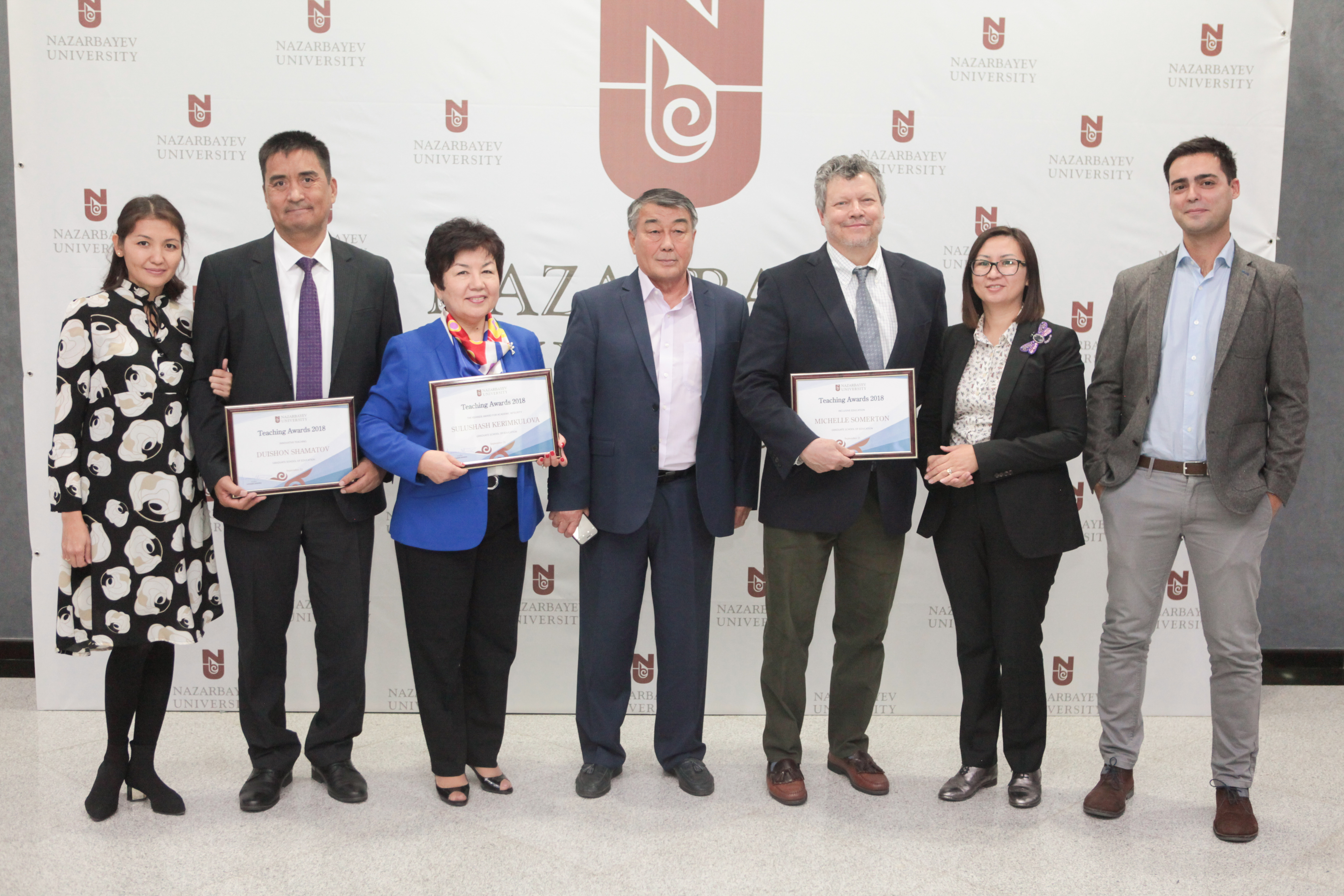 China's rise from the poverty, isolation and stagnation of the 1970s to the world's second largest economy is a transformative event perhaps unequalled in human history. The world today pays more attention to China, looks to it with more admiration than perhaps any other time. Yet, this rise also hides many deep-rooted problems and competing ideologies. Economically, socially and politically China has transformed itself but there is much that remains uncertain. This book aims to give an insight into China by exploring everyday life for her citizens, in their own voices. Providing both an overview of the political situation and context in China with ethnographic insights, The Politics of Everyday China aims to give both the new student of China and those who have encountered the subject before an insight that goes beyond the usual cliché and surface description.

David O'Brien is a Lecturer at the School of International Studies at the University of Nottingham, Ningbo China

David O'Brien is a Lecturer at the School of International Studies at the University of Nottingham, Ningbo China 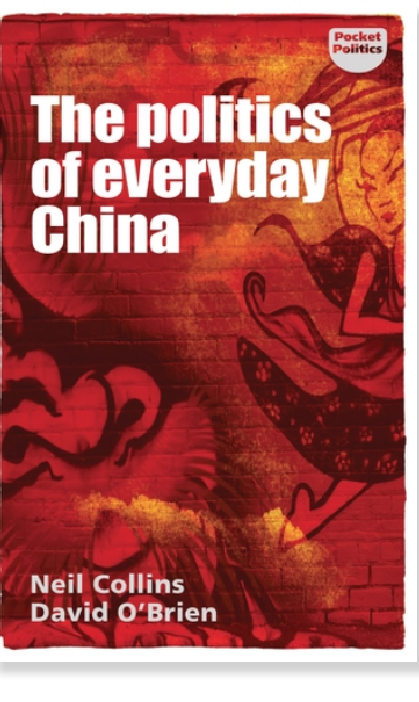 On September 11, 2018, within a framework of celebration of the 90th anniversary of the world-famous writer Chingiz Aitmatov, the literary and theatrical event “Shyngys Aitmatov - adamzat gumanizіmіnіn shynary” was held at Nazarbayev University.

The purpose of the event was developing the spiritual and moral culture of students and ensuring their maximum involvement in the joint cultural activities of Nazarbayev University. 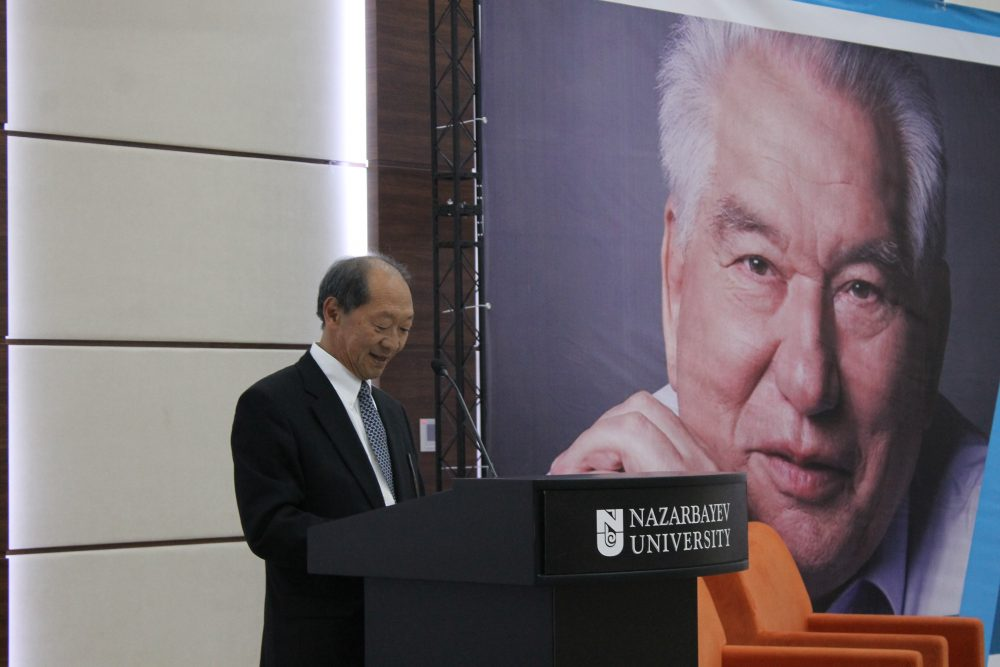 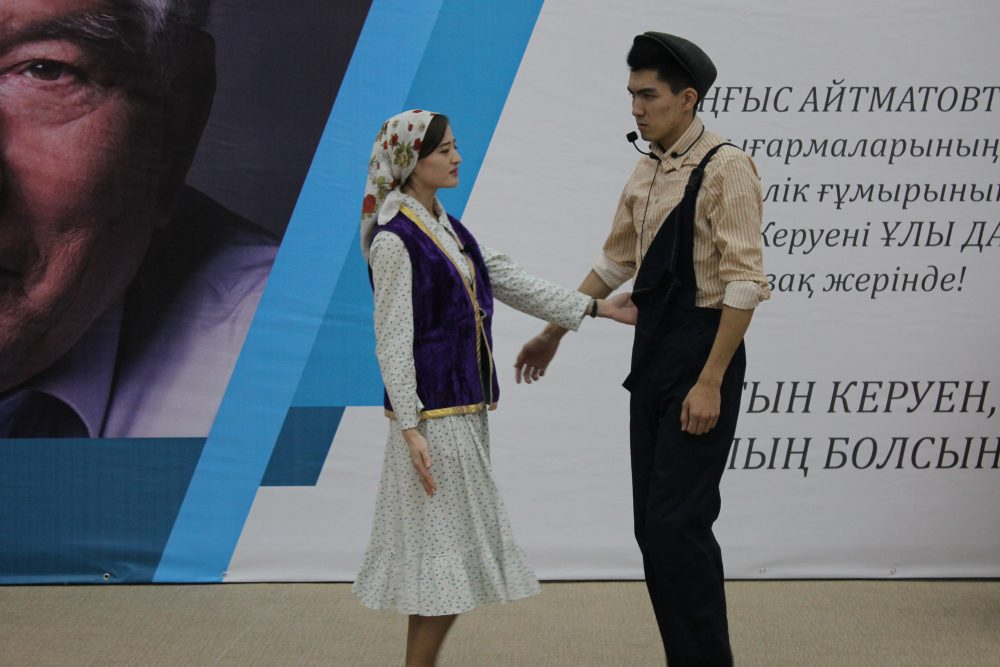 In the span of 22 days, from July 16 to August 5, 15 students from Nazarbayev University (hereinafter – NU) and 15 students from Renmin University of China (hereinafter – RUC) took part in the EYAS 2018 China-Kazakhstan Youth Leadership Program. The ultimate aim of this cultural exchange program was to foster an environment that would allow students not only to learn more about the other country’s culture but also to deepen their understanding of the other side’s perspectives on life. 30 future leaders attended a series of lectures, academic activities like Model SCO and Debates, teambuilding group activities and visiting cultural sites.

The first part of the program from July 16 to July 26 took place in two breathtakingly beautiful Chinese cities – Beijing and Suzhou. Students had the chance to enjoy the sightseeing and cultural sites of Beijing, just to name a few, such as the Forbidden City, the Summer Palace, and the Great Wall. The academic part of the program included lectures by distinguished professors on Chinese policy-making, entrepreneurship, and international organizations. Model SCO required students to be able to critically analyze globally faced problems and represent the interests of their assigned countries. Students also got the chance to truly immerse themselves in Chinese culture through playing the national instrument guzheng, attending the kung fu show, a traditional tea ceremony as well as visited a water town Tongli.

From July 26 to August 5, The second part of the program was held in Astana and Burabay, where the students were introduced to the young capital of Kazakhstan, they visited such sightseeing sites as the Bayterek Monument, the Palace of Peace and Independence, the National Museum of the Republic of Kazakhstan and more. The lectures given by the distinguished professors of NU were on the topics of international organizations, creativity, education, and self-marketing. NU students have also prepared a debating exercise with resolutions being closely connected to the main theme of EYAS 2018 – International Organizations. The activity required critical thinking and good argumentation skills, as well as communication within the group. RUC students also got the chance to immerse themselves in the culture of Kazakhstan by riding horses in the open field in Burabay, trying on the national Kazakh costumes and learning the national dance and playing dombra.

As a reminder, within the framework of Kazakhstan Youth Leadership Program for the second year students of various specialties of Nazarbayev University and the Renmin University of China have a great opportunity to make lifelong friends, deepen their understanding of each other’s countries and broaden their own perspective of life. In 2017 students of the RUC and NU visited Kazakhstan and China as part of a three-week cultural program. 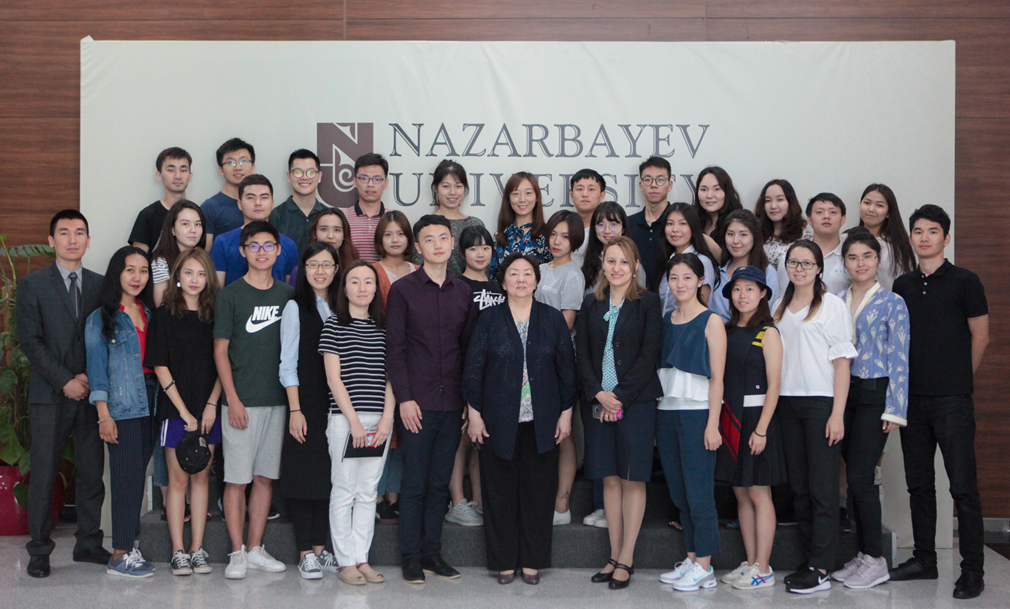 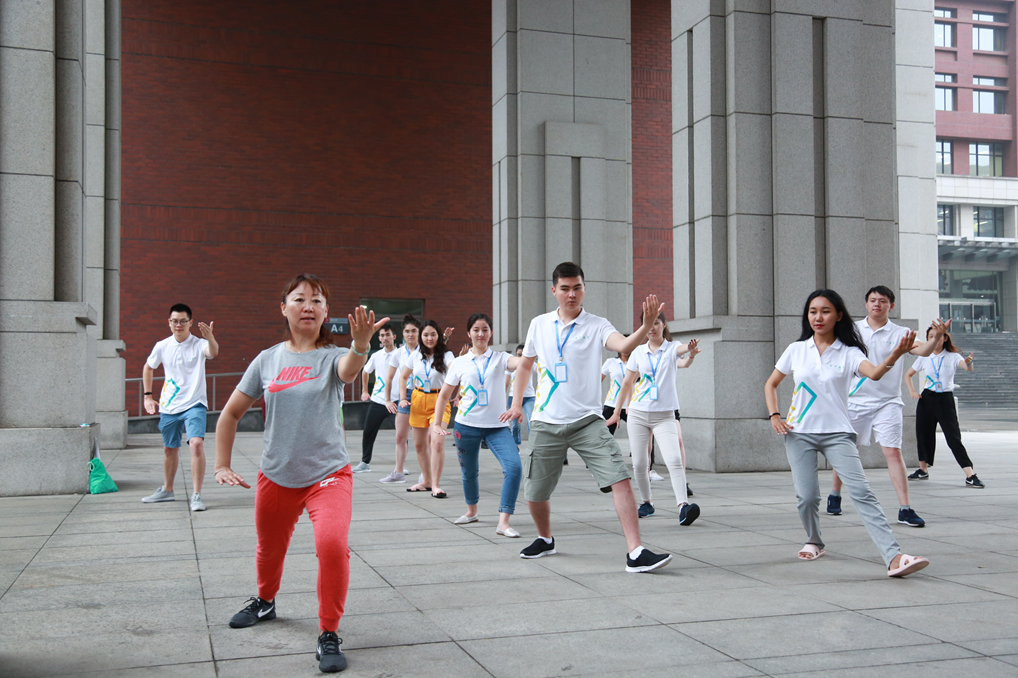 © 2018 Department of Communications and Marketing